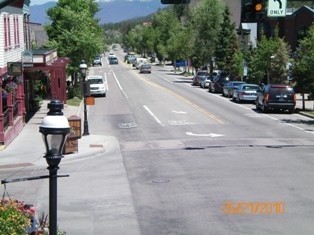 Most streets in the Town of Breckenridge have either an unstriped or a striped, paved shoulder with no other bicycle route demarcation. Bicyclists and motorists are expected to follow state laws regarding the operation of vehicles on public roadways. Those include: 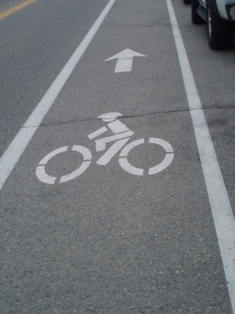 A bike lane includes a white line stripe with a bicyclist icon and arrow. Examples of this bike facility within Town of Breckenridge limits include Main Street, Watson Avenue, Park Avenue and the alley one half block west of Main Street. 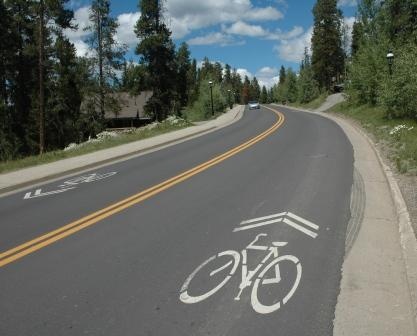 A shared lane marking (sharrow) is a painted symbol used on roads to:

Examples of “sharrow” bike routes in the Town of Breckenridge include Wellington Road, French Street, Airport Road and the signalized intersections on Main Street. 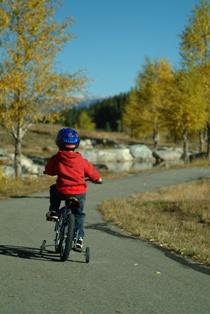 The name “Rec Path” recognizes that these routes accommodate runners, hikers, dog walkers, inline skaters, anglers, as well as bicyclists. Please use common sense and courtesy when encountering all users on the Rec Path system.

While Colorado has no statewide statues regulating multi-use trails, here is a list of suggested practices when using these multi-use Rec Paths: